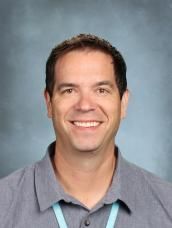 Dan Fretland has been teaching instrumental music in the Bloomington Public Schools since 1999. Under his direction, the Jefferson Concert Bands have performed internationally in Austria, Germany, Switzerland, Lichtenstein, Italy, Ireland, and Costa Rica. Additionally, the Marching Band has been featured in the Fiesta Bowl Parade, The Holiday Bowl Parade and Halftime Show, the Outback Bowl Parade and Halftime Show, The Hollywood Christmas Parade, and the Waikiki Holiday Parade. Mr. Fretland received his Bachelors Degree in Music Education and Trumpet Performance at the University of Minnesota, and his Masters Degree in Music Education and Educational Specialist Degree in Educational Leadership/Administration from the University of St. Thomas. Mr. Fretland has served on the Minnesota Music Educators Association Board of Directors, and the Greater Twin Cities Youth Symphonies Teacher Advisory Council, and has also been a featured clinician with district honor bands around the greater Twin Cities area. In addition to his role as a high school music educator, Mr.Fretland is an adjunct instructor of music at St. Olaf College and is active freelance trumpet player in the Twin Cities area, performing regularly with the Minnesota Orchestra, the St. Paul Chamber Orchestra, and the Stone Arch Brass. Mr. Fretland currently resides in Eagan with his wife, Mary, and three boys, Aidan, Liam, and Connor.