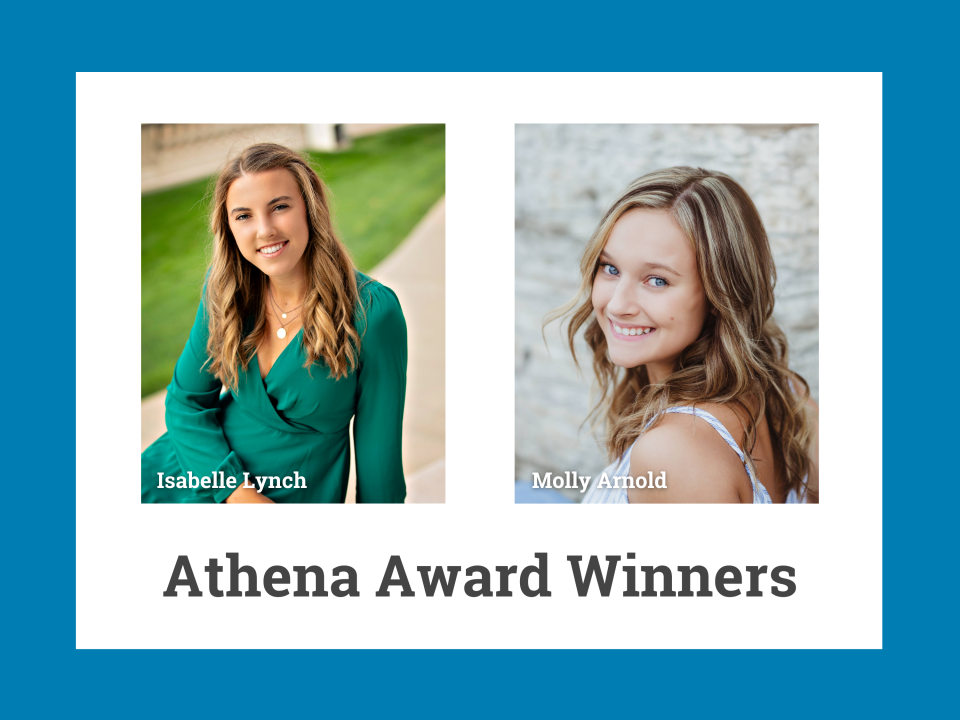 Isabelle Lynch and Molly Arnold are the 2021 Athena Award winners from Jefferson and Kennedy high schools respectively. The Athena Award is given each year to an outstanding female athlete in each school's senior class.

Lynch and Arnold will be honored by the Minneapolis Athena committee along with other metro Athena recipients this spring.

Lynch plans to attend the University of St. Thomas to study environmental science and continue her golf career.

Arnold is a gymnast with accolades such as a 2020 all-state honors, 2016 and 2018 national qualifier, Region 4 floor exercise champion, and a career high score of 9.7 on floor exercise. Arnold also volunteers with Feed my Starving Children and is a volunteer coach at Twin City Twisters.

Next year Arnold plans to attend Utah State University, where she earned a gymnastics scholarship.