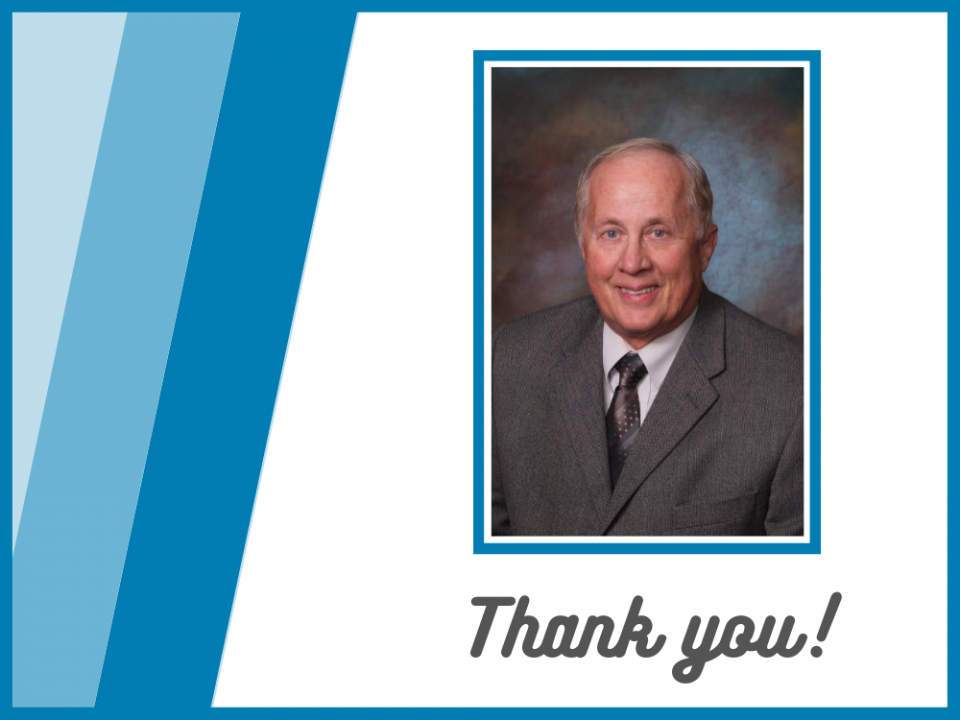 After 29 years of service as a Bloomington School Board member, Jim Sorum has retired. His term officially ended Jan. 4, 2022.

Sorum is the third-longest serving board member in Bloomington Public Schools history. He served with five superintendents during his tenure; four of which he was part of the hiring process. He has served as chair, vice chair, clerk and treasurer in his time on the board, some more than once.

“After having three children and five grandchildren in Bloomington Public Schools, it was easy to serve my community,” said Sorum. “Being a school board member was more than just policies. Supporting the public, working with students and planting the seeds to see them grow, achieve, and be successful is what gave me the motivation to fulfill my duties.”

Sorum enriched the district as a strong advocate for public education and an ambassador for students, families and staff. During his time on the Board, Sorum served on 23 school committees, volunteered as an announcer for BEC-TV sporting events, and presented as a guest speaker for several adult basic education graduations.

“On behalf of the entire Bloomington Public Schools community, we are grateful for Jim’s years of service and dedication to our students and families,” said Superintendent Eric Melbye.