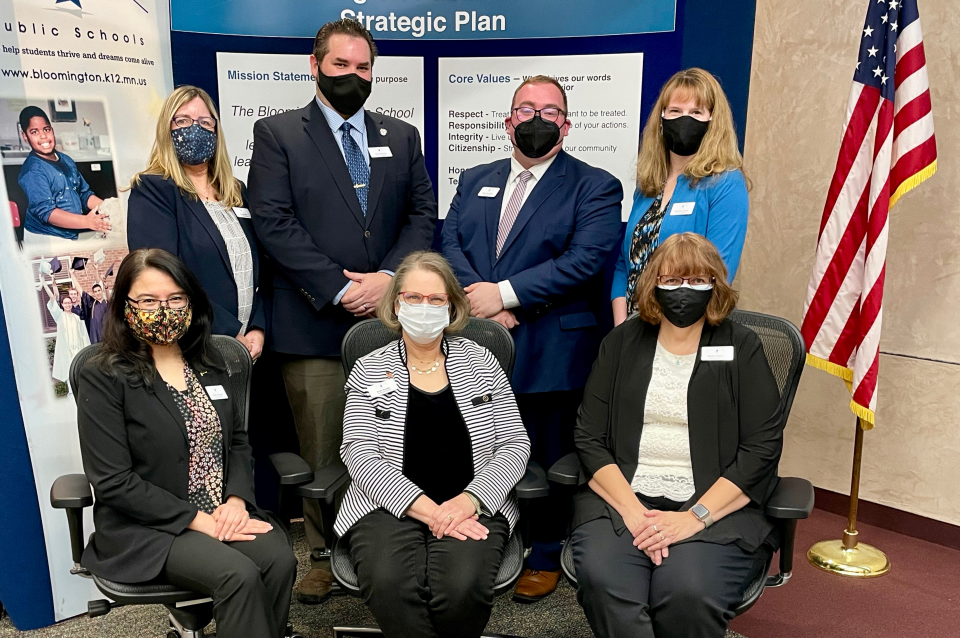 Bloomington School Board members took the oath of office for a new four-year term during the board’s annual organizational meeting this week. Re-elected incumbents Beth Beebe, Tom Bennett and Dawn Steigauf, and newly elected Matt Dymoke were sworn into office.

Dymoke replaces the seat formerly held by Jim Sorum, who did not seek reelection after serving on the Board for 29 years.

Bennett, who begins his ninth year, was selected to chair the School Board this year. Other officers are Heather Starks, vice chair; Nelly Korman, clerk; and Mia Olson, treasurer.

School board members also confirmed appointments to a number of state and regional committees:

School board meetings are held at 7 p.m. on the second and fourth Mondays of each month. The third Monday of each month is held for a meeting, a study session or both if needed. All regular meetings and study sessions are broadcast on BEC-TV Channel 15. For more information, visit bloomingtonschools.org/school-board.