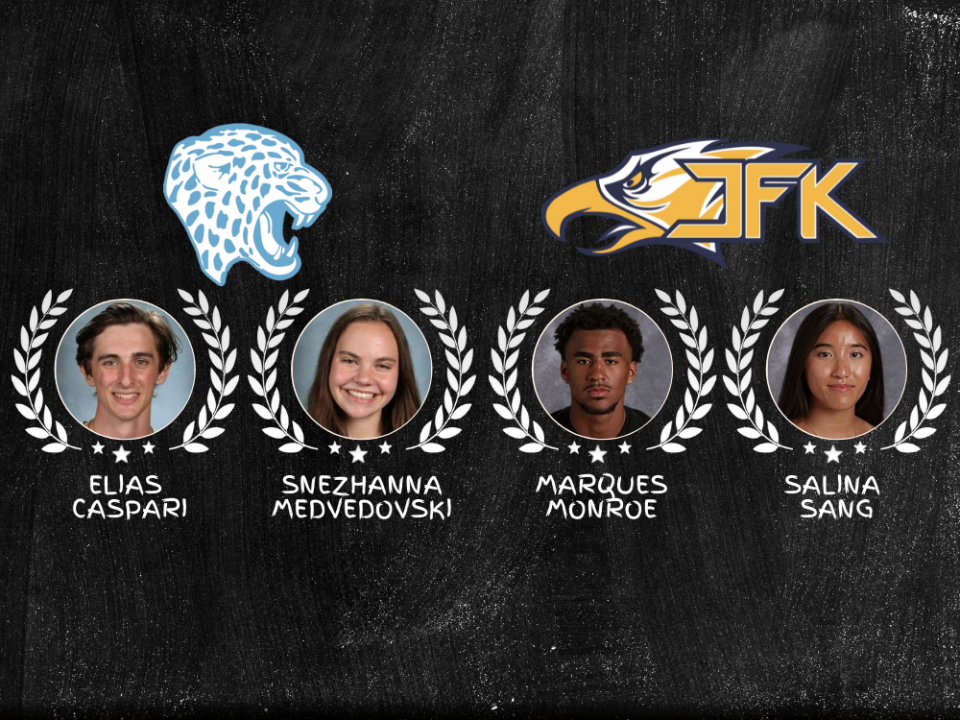 Each year, high school juniors are recognized for their involvement in school activities, volunteer efforts and leadership qualities. Nominees are eligible for a statewide award in January.

Caspari participates in soccer, show choir, and theater at Jefferson. He spends his spare time volunteering at both his church and community theater. Caspari is on the honor roll and has a 4.02 GPA.

Medvedovski participates in track, orchestra, and is a gymnastics captain at Jefferson. She serves as a member of Pathfinders, student council, and National Honor Society (NHS). Medvedovski also spends a great deal of time volunteering at her church. She is on the honor roll and has a 4.368 GPA.

Monroe participates in basketball and is a captain for the football team. He was named three-time All Conference team member, named to the second-team All Metro team, and the Conference Defensive Player of the Year. Monroe has volunteered with his church, youth football camps, and Bloomington Athletic Association (BAA). He has lettered twice academically and has a 3.798 GPA.

Sang participates in the swim and dive team as a three-time letter winner and as captain for the 2022 season. She is a member of NHS, student government, and a volunteer coordinator. Sang was the Clothing Drive Committee Lead in 10th grade. She volunteers with Volunteers Enlisted to Assist People (VEAP), Feed My Starving Children, Valley View Middle School and provides English/Khmer translation. Sang has lettered twice academically and has a 4.299 GPA