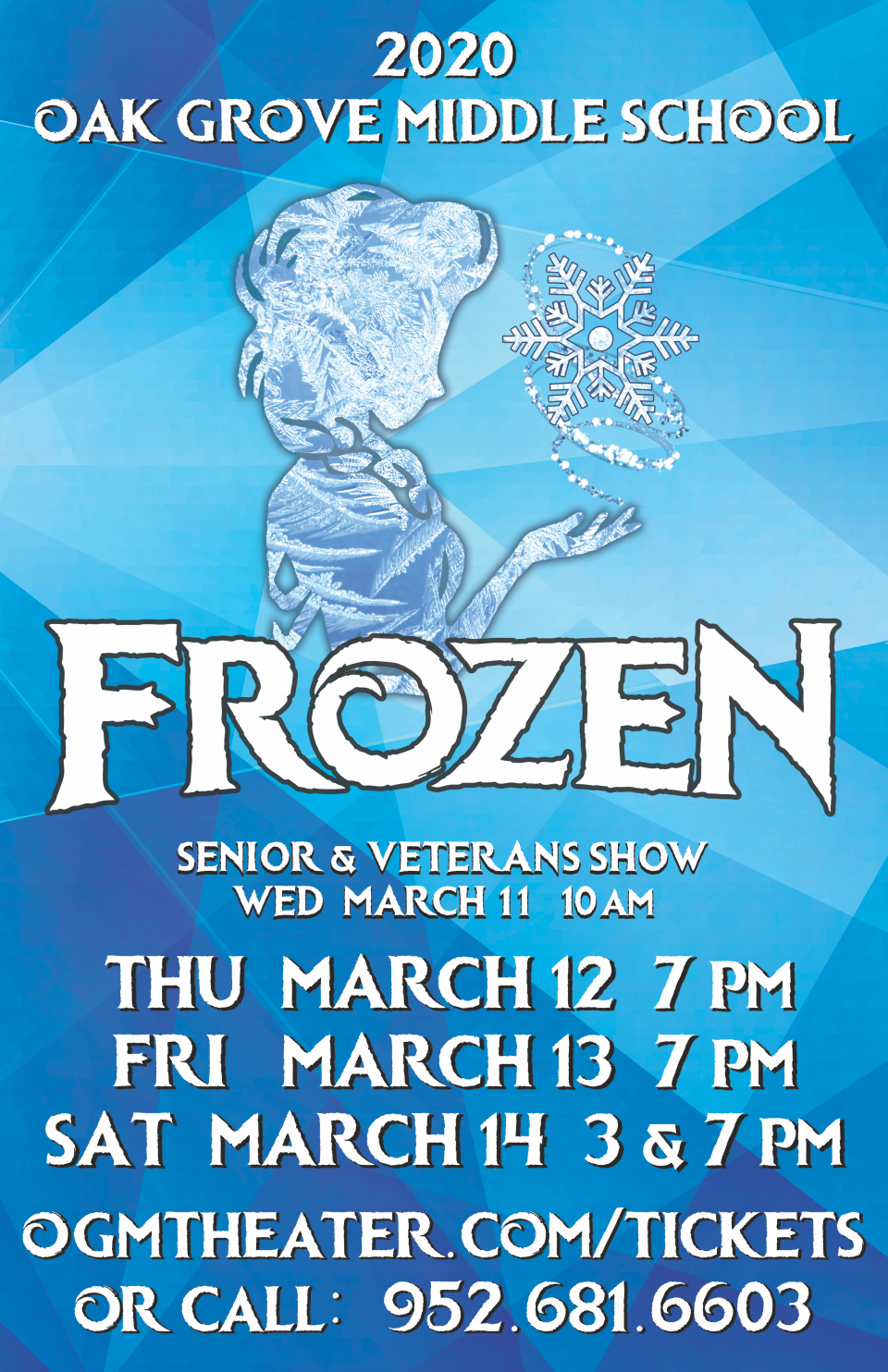 Based on the hit Disney movie, “Frozen” follows the determined Anna as she teams up with mountain man Kristoff and his trusty reindeer Sven on an epic adventure to find her sister Elsa, whose icy powers have trapped the kingdom of Arendelle in eternal winter. Anna and Kristoff encounter mystical trolls and a hilarious snowman named Olaf as they brave the elements in a race to save Arendelle.

The show features 90 Oak Grove Middle School students as cast and crew under the direction of Kevin Doheny with musical direction by Bryan Blessing, choreography by Emily Morse, tech direction by Matt Delfs, sets and lighting by Roger Skophammer, costumes by Doheny and stage management by Jim Jaeger.

A free preview performance for seniors and veterans will be held at 10 a.m. Wednesday, March 11. Refreshments will be served before the show in the school cafeteria starting at 9 a.m.